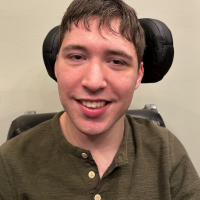 Hi, my name is Andrew Prince and I am based in the Ohio Branch of the expansive WDW Radio HQ.  I was born with cerebral palsy and get around in a wheelchair, but that has not stopped me from enjoying the magic at Walt Disney World Resort, Disneyland or on a Disney Cruise Line ship! My posts can be found under "Disney on Wheels" where I share many of my adventures of getting around Walt Disney World Resort and more in a wheelchair. My first trip to Walt Disney World was in 2003 when I was in kindergarten. I love to travel to WDW with my mom, dad, and my two younger sisters. I have been to both US Disney Parks, several D23 events and runDisney events, and I am a gold Disney Cruise Line Castaway Club member. My mom, Vanessa Prince, has a Disney Vacation Club membership which we frequently use on both coasts. In January 2015 I began writing posts for WDW Radio focusing on accessibility of the Parks. I have also contributed to many of the team posts over the years. It is hard to pick a favorite attraction/experience do to the ever changing parks at Walt Disney World Resort. If you would like to contact me feel free to send an e-mail to mailto:arprince@bex.net or look me up on Twitter https://twitter.com/Andrew1arp  or Facebook at https://www.facebook.com/andrew.prince.7161 and like or message the Disney on Wheels Facebook page at https://www.facebook.com/DisneyOnWheels