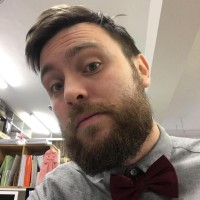 Hi, my name is Daniel Morris. I'm an Englishman who has spent the last three years living in Asia. It is here where I fell in love with all three Asian Disney parks. I have been lucky enough to visit every Disney Park and I'll happily (to the annoyance of my friends and family) talk anything Disney at anytime.