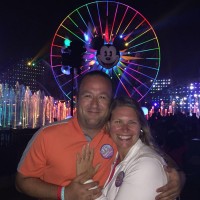 Dan is a seasoned 10+ year marketing professional with experience in tourism and events in the Chicagoland area (but is dreaming of Florida). He and his wife, Sara, are both members of the WDW Radio Running Team - and his son, Ben, will be as soon as he can crawl. The entire Mulka family has made more trips to Orlando than he (and his wallet) would like to admit.