Adventure Into The World of Yesterday, Tomorrow, and Fantasy: Disney Tip #32

As the year comes to a close, this could only mean one thing at Walt Disney World®.

The time has come for New Year’s Eve festivities as we begin 2014!

This week you will find a list of the various activities going on throughout the parks and a few tips to help you make the most of your night.

I hope everyone had a great holiday. Have a safe and happy New Year as well!

–Fireworks: Midnight (from the Sorcerer Mickey Hat in the middle of the park)

–Entertainment: Cover band “Mulch, Sweat, and Sheers” will play a few sets from the main stage

*Bonus: Check out the Osborne Family Spectacle of Dancing Lights!

-One of the busiest times to visit Walt Disney World® is the week between Christmas and the New Year so make sure you get to the parks early before they reach maximum capacity.

How many of you have experienced New Year’s Eve festivities at Walt Disney World? What was your experience like and what was your favorite park to visit?

Peyton is currently a student at the University of Mississippi majoring in Journalism with an emphasis in print. Growing up in Los Angeles and most recently moving to Atlanta, he has seen and experienced the best of both Disneyland and Disney World. Making his first visit to Disney World at the age of 5, he has never looked back as he entered the world of yesterday, tomorrow, and fantasy. 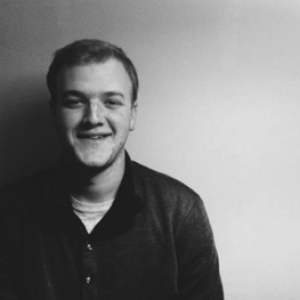 Walk and talk with me LIVE from Disney Springs!

I have a theory: The real villain of Marvel’s WandaVision is… (possible spoiler?)