From Ink & Paint Girls to Oscar Award Winners: The Women of Disney Animation

I can vividly remember the first time I watched “The Reluctant Dragon.” My family and I were on our way to Walt Disney World and my Dad had hooked up a small television in the back of our car so we could watch movies. My Mom turned around and handed us the VHS of “The Reluctant Dragon” and my brother, sister, and I were so excited. It said “Walt Disney’s”, so we knew we were in for a treat! Turning on the movie, we were transported to the Walt Disney Studios in the 1940’s. We walked through the studios and got to see the process of how films were made and watched a few animated shorts in between. The part that I found the most interesting was the Ink & Paint Studio. I loved getting to see the brush filled with paint touch the paper and bring characters to life. I recently re-watched “The Reluctant Dragon” and something seemed to stick out to me. The Ink & Paint Department was filled with women, but there were no female animators.

From the 1920’s to the 1960’s the animation industry was segregated by gender. Only men held the coveted spot of an animator, while women were placed in the Ink & Paint Department to act in a support role. There is data showing that women who applied for animator positions were turned away because it was a position meant for a man. Of course, the work of the “Ink and Paint Girls” should not be discredited. They played a vital part in the production of such classics as Snow White and the Seven Dwarfs, Fantasia, Bambi, and many more in which they would trace a pencil drawing with ink and then paint it with color that had been selected by the Color Key Artist. There was an average of 100 women working in the Ink & Paint Department and each could complete eight to ten cels an hour. These women were paid the lowest wages, but as Claudia Hubley Thompson, an artist, stated in a 2010 Vanity Fair, “The idea of working at Disney’s was just the end, the very end.”

During this time there were a select few women who obtained positions in male dominated fields in the Walt Disney Studios. Mary Blair seemed to breakdown any gender barriers of the time, by working alongside her husband, Lee Blair, at the Studios and later being named Art Supervisor on “Saludos Amigos” and “The Three Caballeros” by Walt Disney himself. Some historians have stated that Blair was Disney’s favorite animator because of her whimsical, bold, and naïve art, bringing something unique to the Studios. Blair’s work shaped much of the art of Cinderella, Alice in Wonderland, and Peter Pan, and still today is noted as being the inspiration for the art of films such as Up and Tangled. If that were not enough, Blair’s work can be experienced in person at Disney’s Contemporary Resort where a seven-story high mural created by Blair is on display as well as in “it’s a small world”, as Blair worked on the original concept art. (PS… If you look closely in the French scene you can see a doll that was modeled after Blair hanging out under the Eiffel Tower).

Just as the process of making animated films has changed, the segregation of gender has made progress and there are areas in which both women and men work together. It is reported that there is still an imbalance in terms of gender in creative sector jobs, with men holding more professional positions than women, but with the continued success of women in the industry (i.e. Jennifer Lee, writer and co-director of Frozen becoming the first female director of a Walt Disney Animation Studios feature film) it is hoped that the disparity between genders will continue to decrease and one day really be a “thing of the past.”

Kelly Craig is currently obtaining her Masters of Arts in Arts Administration from Savannah College of Art and Design.  She was born into a Disney loving family and has visited Walt Disney World over fifty times, Disneyland once, and cruised on the Disney Magic. During the moments she is not dreaming about her next Disney trip, Kelly is an artist and creative mind with great ambition and spirit. To connect with Kelly please visit www.karmaandkismet.weebly.com. 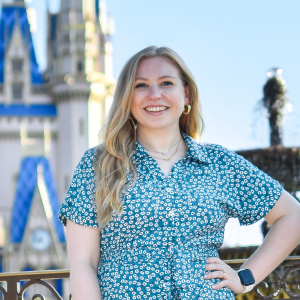