Why Do We Love Disney Villains?

I recently watched the Disney live-action movie Cruella with my 17-year-old daughter. I
wasn’t really sure what to expect but this creative backstory that followed Cruella’s life as a
young girl through to the events that led to the emergence of her alter ego, spanning the
1960s and 70s and set in London, was absolutely fantastic!

I have two daughters and my youngest was very much into Disney Princesses, the colour
pink and plush toys from an early age. When we visited Walt Disney World in 2008 for the first time with our children, she was 4 years old. The pink Aurora dress we bought her in Walmart on that holiday became her day wear of choice until it quite frankly desperately needed a wash, especially when on a hot afternoon she dropped a Mickey Mouse ice cream down the front of it. This happened split seconds after we had just taken a lovely photo of her sitting on a bench in Animal Kingdom.

She beamed from ear to ear when cast members would call out to her as she walked by in
her gown “Good morning, Princess!” or “Good afternoon, your Majesty.” She would nod
regally at them as she gracefully walked by, said hello and thank them. She was in her
fantasy heaven!

However, as she grew older, her attention was gradually drawn more towards Disney
villains. She adored (and still does) Tim Burton’s Nightmare Before Christmas and became
obsessed with Angelina Jolie’s portrayal of Maleficent in 2014 and again in 2019.

It made me wonder why it is that we love a good villain – and Disney has created some of
the best! This fascination is shared by the many thousands of people who attend the Disney Villains After Hours events each year and who spend millions of dollars on villain-themed merchandise. They also helped make movies such as Maleficent and Cruella such massive international hits which collectively grossed $978 million.

Audiences like to see the fight between good and evil and the tension that creates, but
there is more to it than that. Disney villains have such a rich texture to their personalities. Often, they are eccentric, with big elaborate costumes and rhetoric. They are in many cases extremely intelligent (Gaston being an exception to this rule!) and are gifted with some of the most powerful songs.

The visual animation, as well as musical scores for scenes such as Frollo’s Hellfire and Scar’s
Be Prepared are absolutely stunning, exhilarating and dramatic. And they frighten us, which is also an important element.

When talking about his involvement with Haunted Mansion, Imagineer Rolly Crump
explained that: “Walt and I always wanted it to be a scary ride, but management wanted it
to be more fun. Walt said, ‘people love to be scared!’ He liked the scary. He understood
people.”

You can see this same motivation in Walt’s movies and shorts. His Silly Symphonies skeleton
dance shown in movie theatres in 1929 was a scary yet amusing animation that delighted
audiences of all ages and I think humour, even if it’s slightly dark humour, is another reason
we love villains. We get a kick out of their dry wit and sarcasm.

Hades from the movie Hercules has some wonderful lines: “Traffic problems at the judgment pavilion. Double overtime for the staff. I used to be a rich god, Percy Jackson.”

Perhaps we wish in some circumstances in life we could be just as quick-witted and
articulate. We have seen in the more contemporary villains that although audiences may love to hate them, they also have some empathy for their situation. We learn in the course of the story that there has been some injustice that resulted in the ‘evil’ character taking a different path. Maybe we begin to wonder if things could have turned out differently for them under different circumstances.

For example, we learn that Maleficent was betrayed and had her wings cut from her body
by the man she loved. Cruella was orphaned as a young child and created a psychopathic
alter ego when she learns the truth about her family. Captain Hook lost his hand to a
crocodile because of Peter Pan; Ursula was banished by King Triton from his underwater
kingdom and the Queen of Hearts suffered an injustice when as a child she was blamed for stealing a jam tart by the White Queen and no one believed she was innocent.

Are these villains simply misunderstood and thereby let down and abandoned by society?
Can they be redeemed? Could we have suffered a similar fate if we had been in the same
situation? It’s these types of questions that I believe make villains so fascinating and
interesting.

Maybe we just want to reach out and give them a Mongello super hug and make them feel better and tell them it will all be ok!

Love them or hate them, or love to hate them, Disney villains are the yin to the Disney heroes’ yang and the world would be a much less colourful and captivating place without them.

My name is Karen Burns and although I am based in the UK, I have been a lifelong Disney fan. For a little girl growing up in London, this magical place was a distant wonderland I could only ever dream of visiting. But it finally happened in 1990 when I was 16 years old.I have since been back to Walt Disney World with my husband and then again with our two daughters, and I have also visited Disneyland Paris which has my favourite Cinderella castle. Fast forward to the present day when I found Lou’s podcasts and then my excitement when he asked for contributors to the WDW Radio website. To write about my happy place is truly a dream come true. 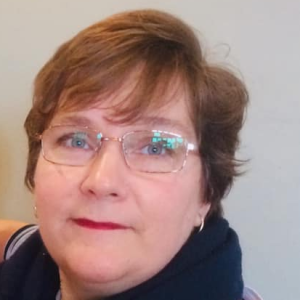 My name is Karen Burns and although I am based in the UK, I have been a lifelong Disney fan. For a little girl growing up in London, this magical place was a distant wonderland I could only ever dream of visiting. But it finally happened in 1990 when I was 16 years old. I have since been back to Walt Disney World with my husband and then again with our two daughters, and I have also visited Disneyland Paris which has my favourite Cinderella castle. Fast forward to the present day when I found Lou’s podcasts and then my excitement when he asked for contributors to the WDW Radio website. To write about my happy place is truly a dream come true.
All Posts by This Author
Facebook-f Twitter Youtube Pinterest Instagram Spotify Apple