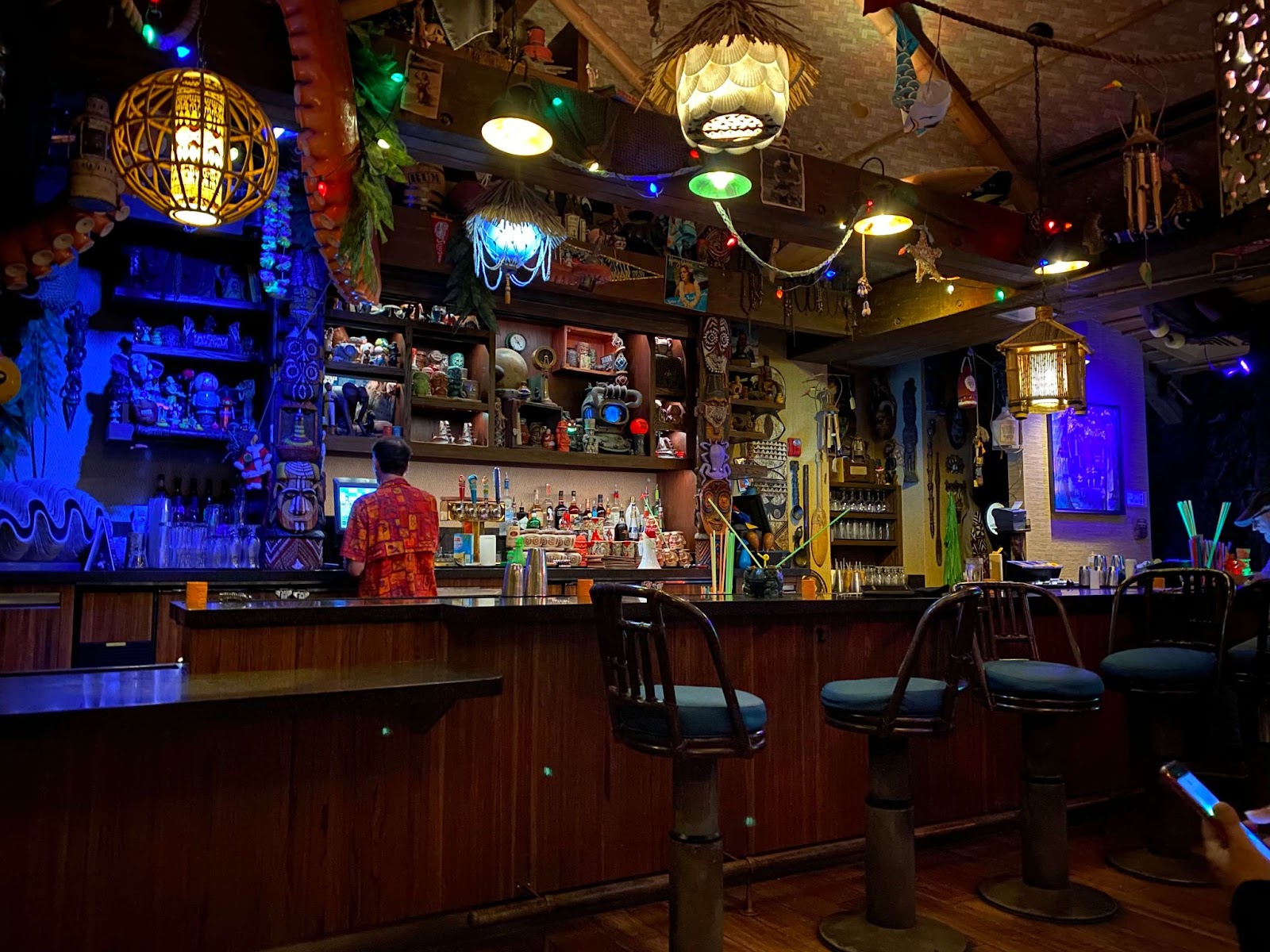 Try saying the name of this drink without singing. I just can’t do it.  Yes, the Tiki Tiki Tiki Tiki Tiki Rum drink won the vote for this month’s recipe to celebrate 50 years of Walt Disney World! And with such a fun name, of course the drink will be fun! At least making it was with the music from the Enchanted Tiki Room playing in the background. (Disclaimer: the song is still in my head days later. I don’t know which song sticks in my head more. This one or Small World…oh great…)

This drink is one of many served at Trader Sam’s Enchanted Tiki Bar in the Disneyland Hotel and Trader Sam’s Grog Grotto and Tiki Bar in Walt Disney World’s Polynesian Village Resort. These tiki bars are on our must-do list every time we visit the parks now.

In 2011, Disneyland Hotel’s refurbishment included the Tiki Bar, and the WDW location opened in 2015. Tiki bars aren’t new, even if it seems the tiki movement is at full steam throughout the US. We have to thank bars like Don the Beachcomber and Trader Vics, both opening in the late 1930s. While the world around may have been difficult, these bars were an escape to just let it go… (now I have a new song in my head). One could’t just grab their phone or tablet and get lost in hours of Disney videos. There wasn’t even color TV yet…or Disneyland! The original tiki craze grew more after WWII, when the returning soldiers grew to enjoy the tropical paradise feel. The whole country was in a bit of a South Pacific craze. This was also an economic boom time for America and the middle class. As the workforce grew, and life was fast paced, the tiki bar was a nice place to slow it all down, escape, and enjoy a rum cocktail. 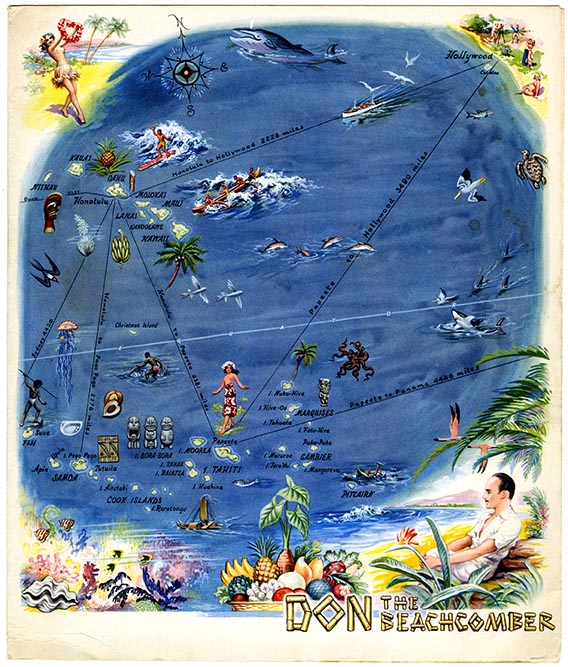 While the fake tropical decor of the tiki bar became kitschy and outdated for the next generations, the past decade has seen a renewed love for culinary foods and craft cocktails. No longer are chefs and mixologists using shortcuts to make meals and drinks. Where else can you find a drink with more than two ingredients more widely used…the tiki bar. And so the tiki craze and of course the fake-Polynesian decor has been resurrected from the back of the thrift store!

Trader Sam’s tiki bars have an even greater draw because of the connections to popular attractions like the Jungle Cruise, The Enchanted Tiki Room, and even the Adventures Club. Thanks to Imagineer Brandon Kleyla, these along with many other references were included. The decor really makes the visit to the bar an experience everyone will enjoy.

Now for the drink. The Tiki Tiki Tiki Tiki Tiki Rum is Disney’s version of the Painkiller that originated in the Virgin Islands in the 1970s. While there are many versions of the recipe, this is the one I have tested to be pretty close to Disney’s. 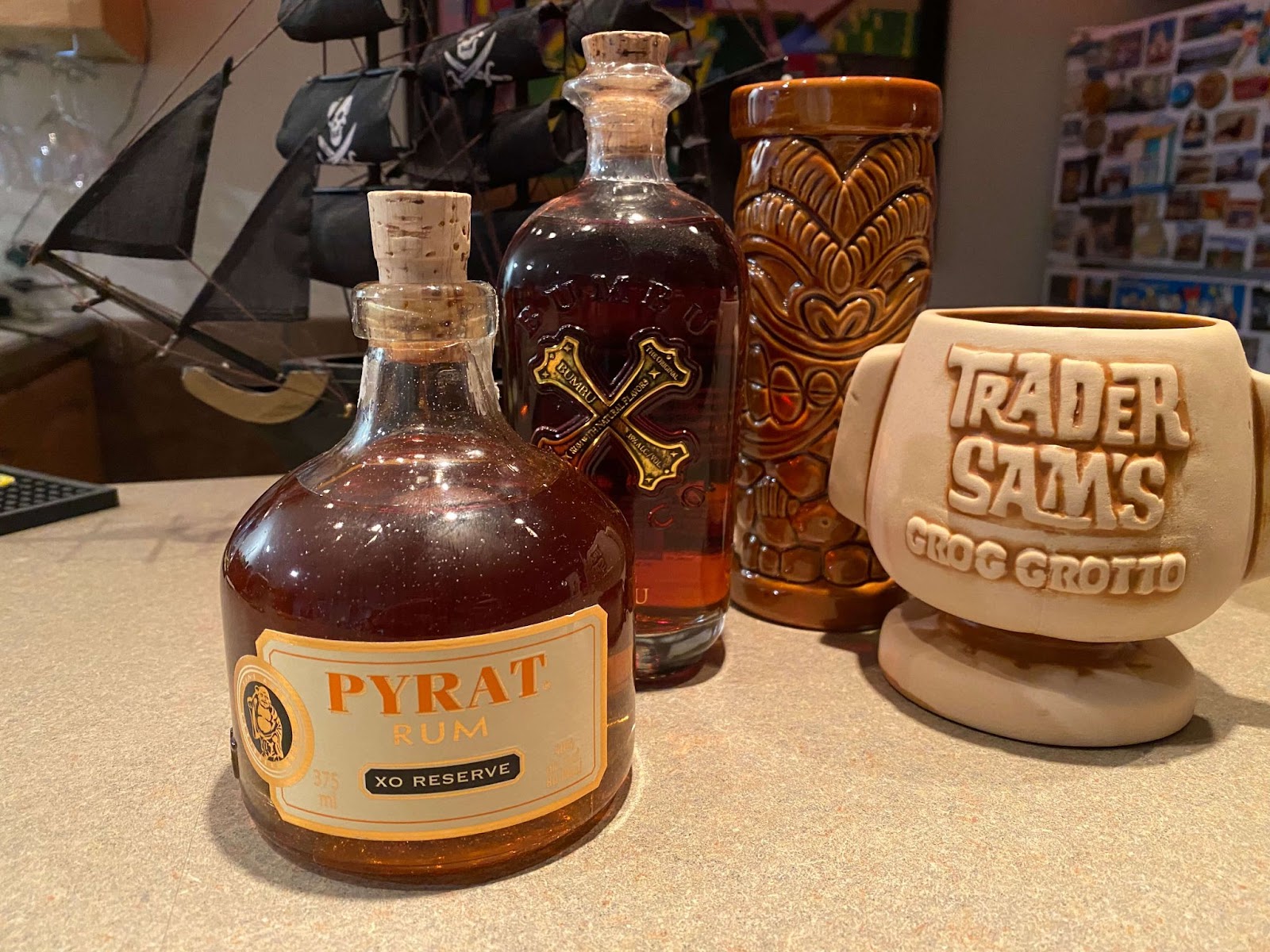 Disney uses Pyrat XO, but your favorite dark rum will do. 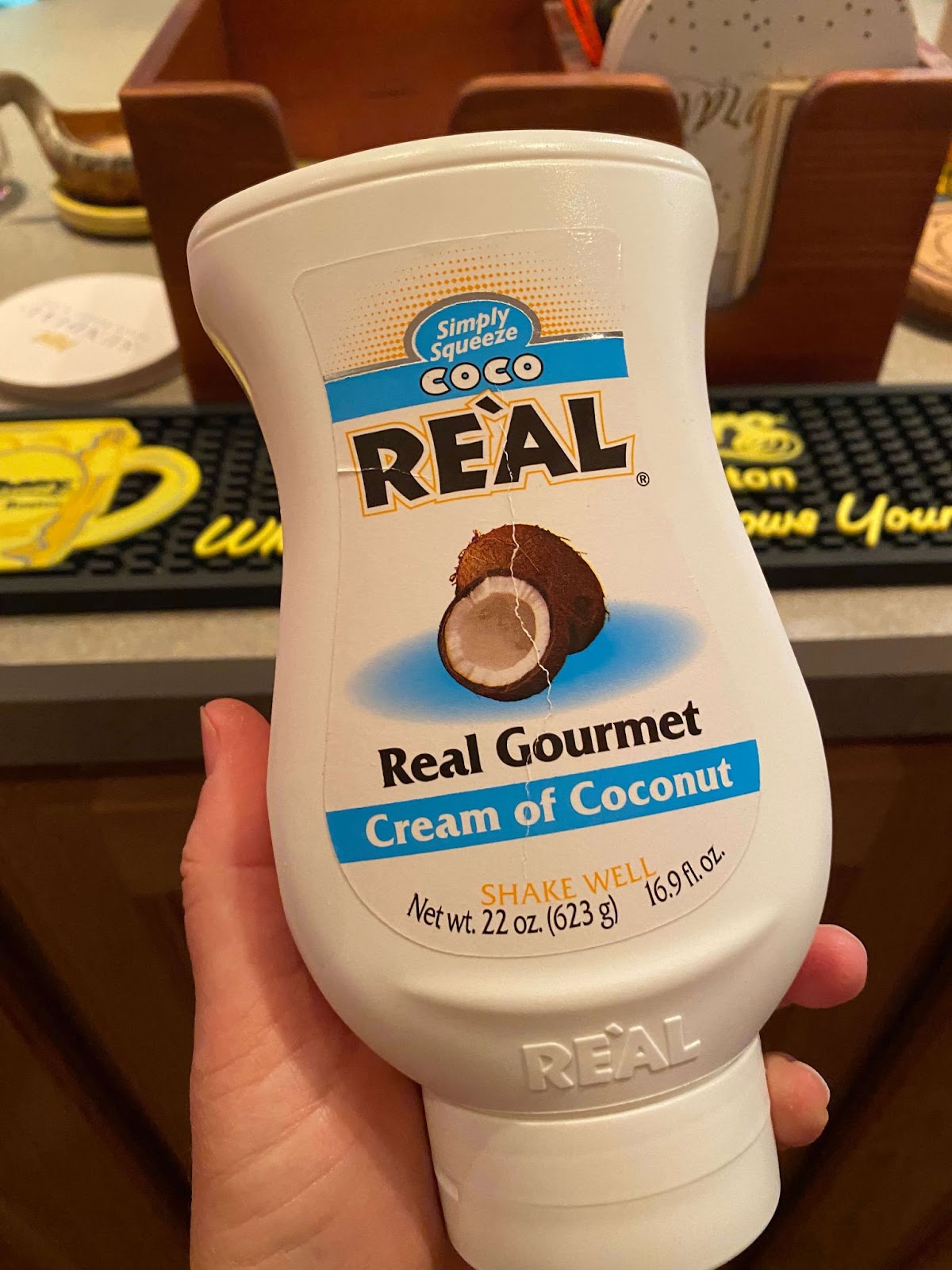 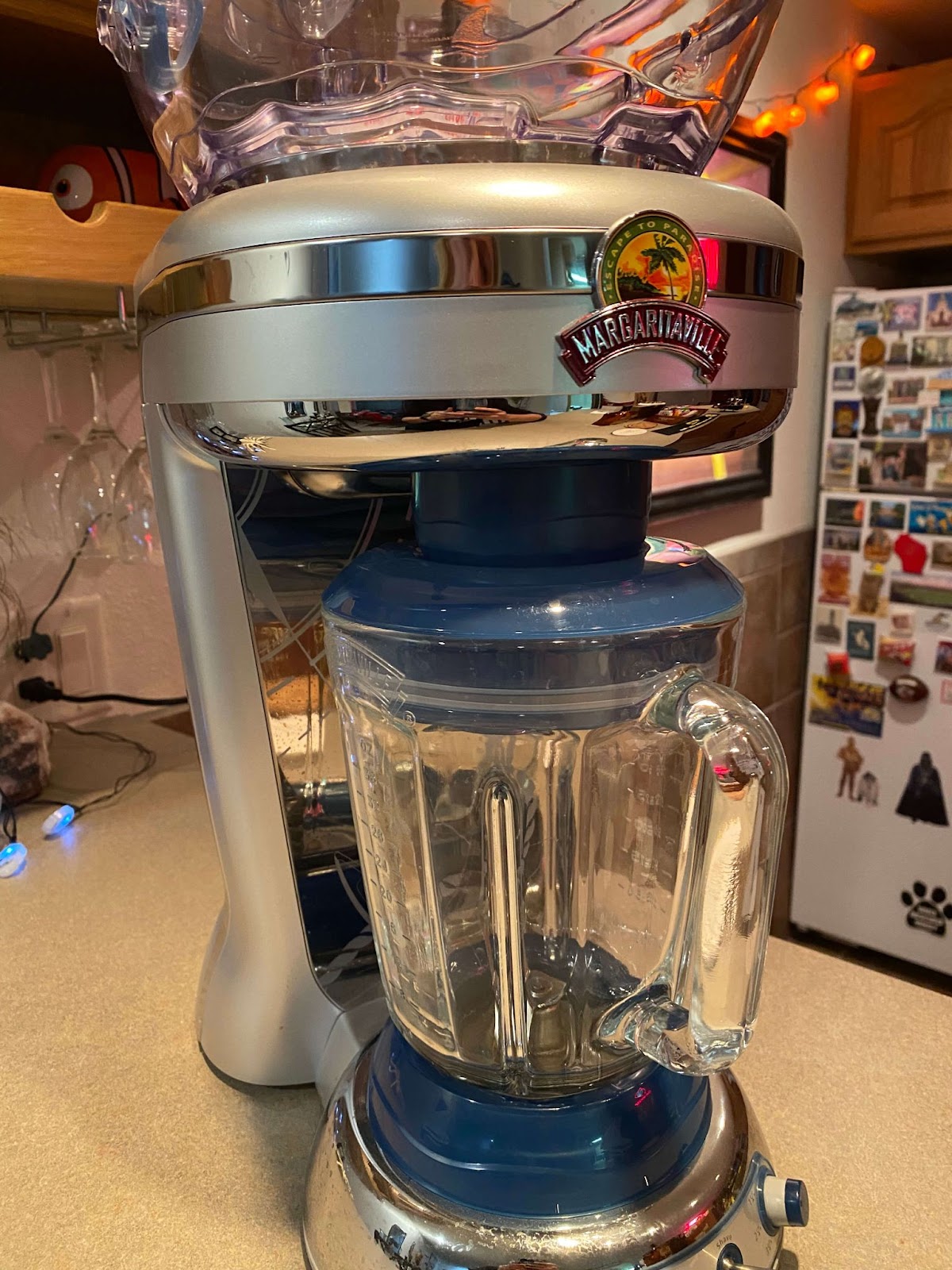 First, I mix the top four ingredients in a shaker and shake. I like the Coco Real when making tiki drinks. You can use a blender too but I prefer shaken, not blended. You really have to shake for a bit to break down the cream. Pour the mixture over shaved or crushed ice. 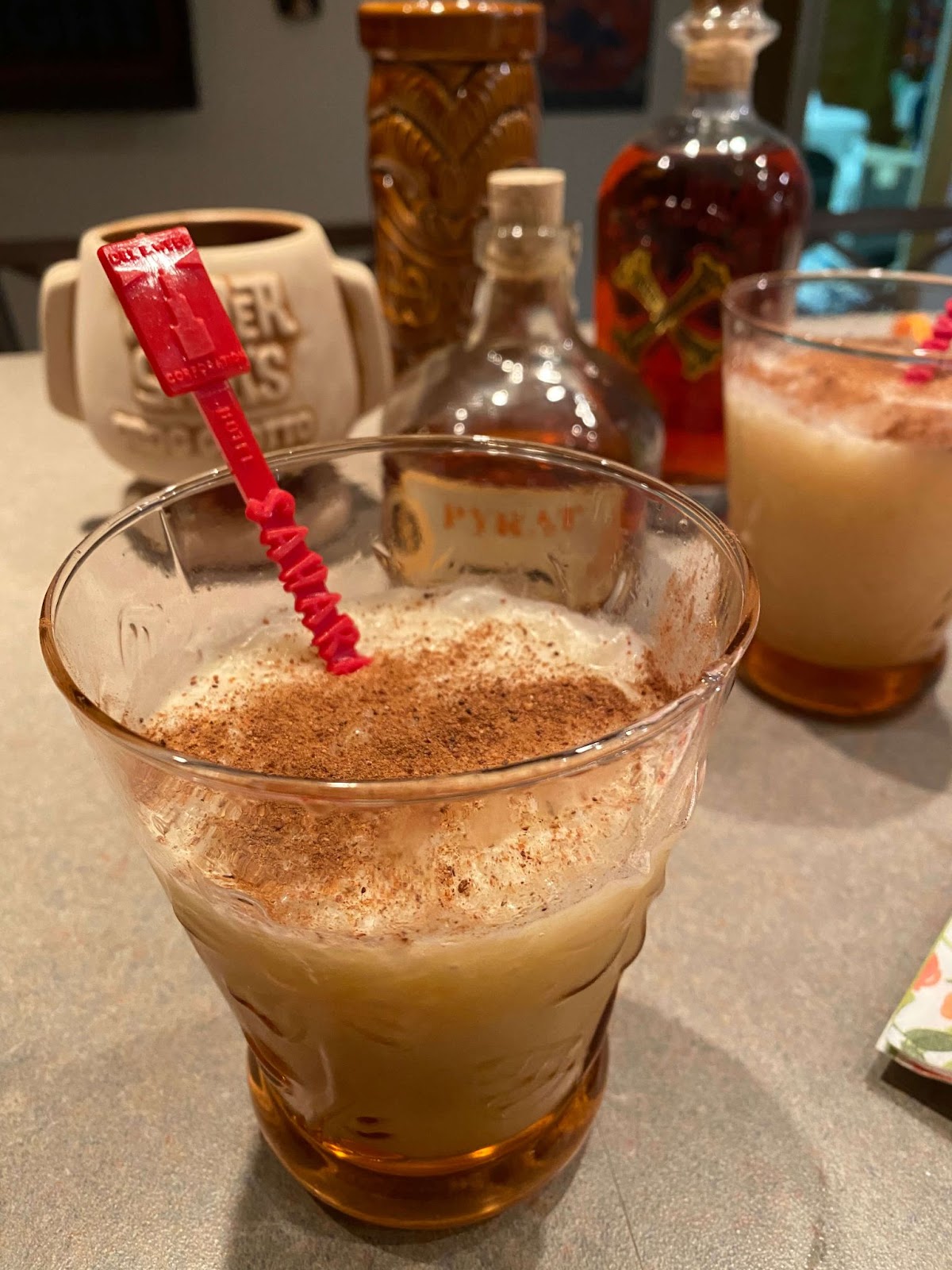 If you are feeling adventurous you can float another ½ oz of rum on top. Then sprinkle the cinnamon and nutmeg on top. My shaker was a little generous, but it still tasted good. Probably won’t put as much next time.

Finally, enjoy it with friends! 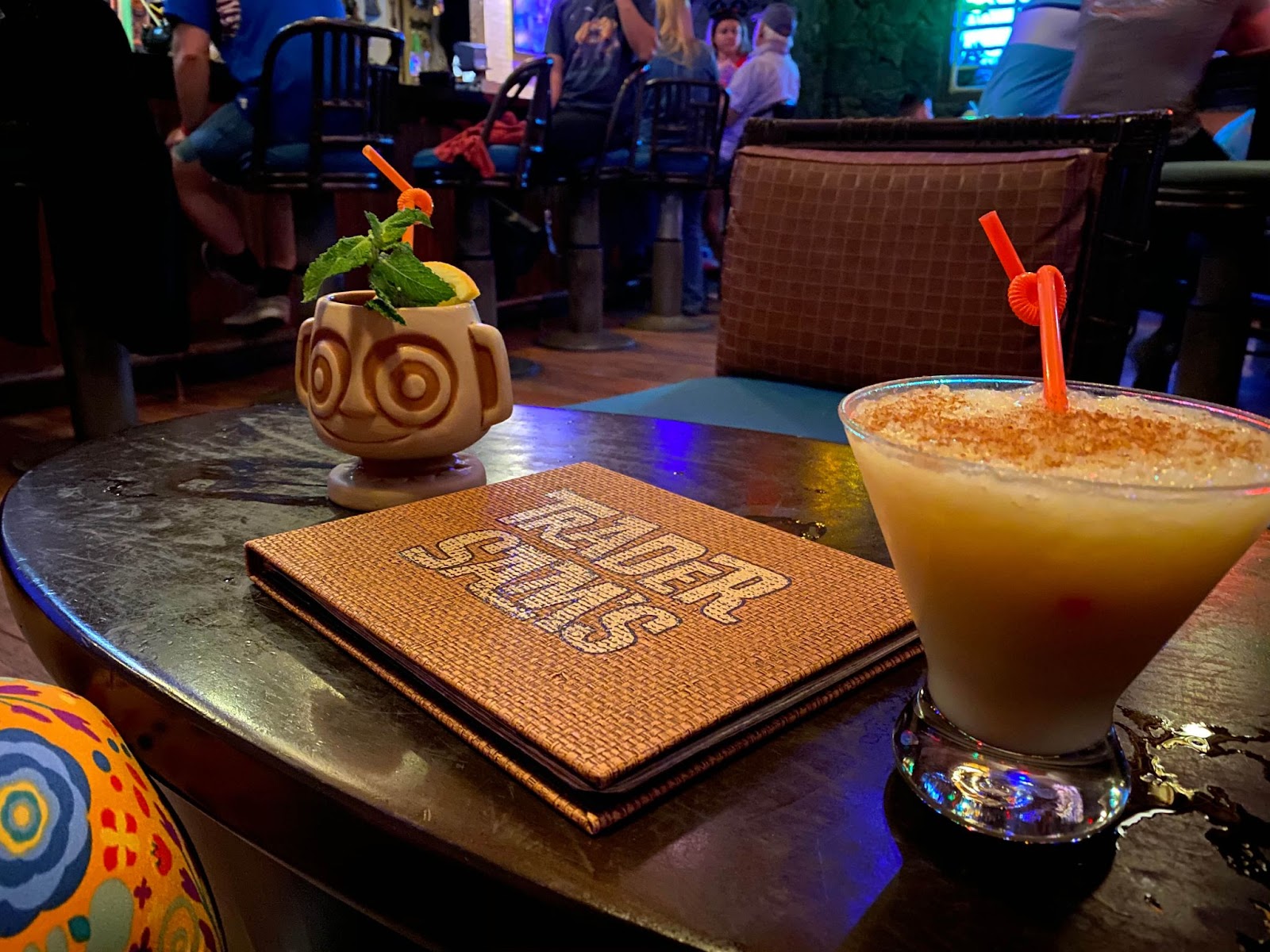 Have you been to either of the locations? What is your favorite drink or secret tidbit?

Learn more about the Polynesian Village and Trader Sam’s on Episodes 403 and 565 And be sure to watch Lou’s live feed from a few weeks ago. https://www.wdwradio.com/2021/07/live-from-a-special-location-in-walt-disney-world-and-one-of-the-hottest-tickets-in-town-invite-a-friend-and-spread-the-word/

And follow along to Kendall Foreman’s blog series Disney’s Polynesian Village Resort: 50 Facts for its 50th Anniversary – Part 1 with a lot of great history!

“Where those merry souls who make drinking a pleasure–

Who achieve contentedness long before capacity,

And who, whenever they drink, prove able to carry it,

enjoy it, and remain gentlemen.”

It’s getting cold for some of us, so let’s warm things up for next month. Can I get a yippee for SOUP SEASON!!! Which one would you like me to try?