Celebrate the Tony Awards with the WDW Radio Blog

The 2016 Tony® Awards will be held on Sunday, June 12th. The Tonys are the Broadway version of the Oscars, where top honors are awarded to the best in musical and live theatre. The curtain went up for many great shows this past year, including School of Rock, Waitress and a revival of Fiddler on the Roof. No show, however, could stop the powerhouse that is Hamilton. Earning a record 16 Tony nominations, Hamilton tells the story of founding father Alexander Hamilton in a surprisingly satisfying (pun intended) hip-hop and rock style Broadway musical. The writer of the book and music, for which he won a Pulitzer Prize and Grammy for best musical theatre album, respectively, is Lin-Manuel Miranda. As Miranda quickly becomes a modern legend, it comes as no surprise that he is already involved with our favorite entertainment company, Disney. That’s right, Miranda is set to co-star in the new Mary Poppins film, he is writing music for Moana, and even contributed the new cantina song in Star Wars: The Force Awakens!

Disney has a long history of seeking out top talent and providing their guests with the best in live entertainment. In tribute to this tradition, and with the 70th Annual Tony® Awards right around the corner, we here at the WDW Radio Blog have decided to focus this week on Disney’s contribution to live entertainment. Join us as we explore the Broadway-caliber stage shows in the parks, Disney film to stage adaptations that have become staples in the Broadway world, and Disney live entertainment.

(Photo from the author’s personal collection.)

Entries in this Series

The Lion King on Broadway: Head of the Pride 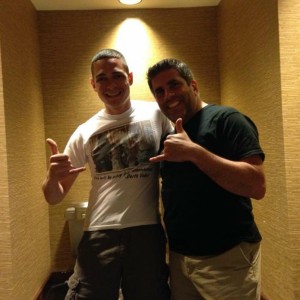 The Music of Disney’s Hollywood Studios

Lou Mongello
We continue our musical journey through the Disney