The top results for the poll last month was for the “write-in” recipe from Skipper Canteen. Unfortunately, I could not find the recipe, so I am going to put that one on the future list. If anyone has the recipe, please let me know! So the top result from the original three choices from the last blog was the Liberty Tree Tavern’s Beef Lexington. 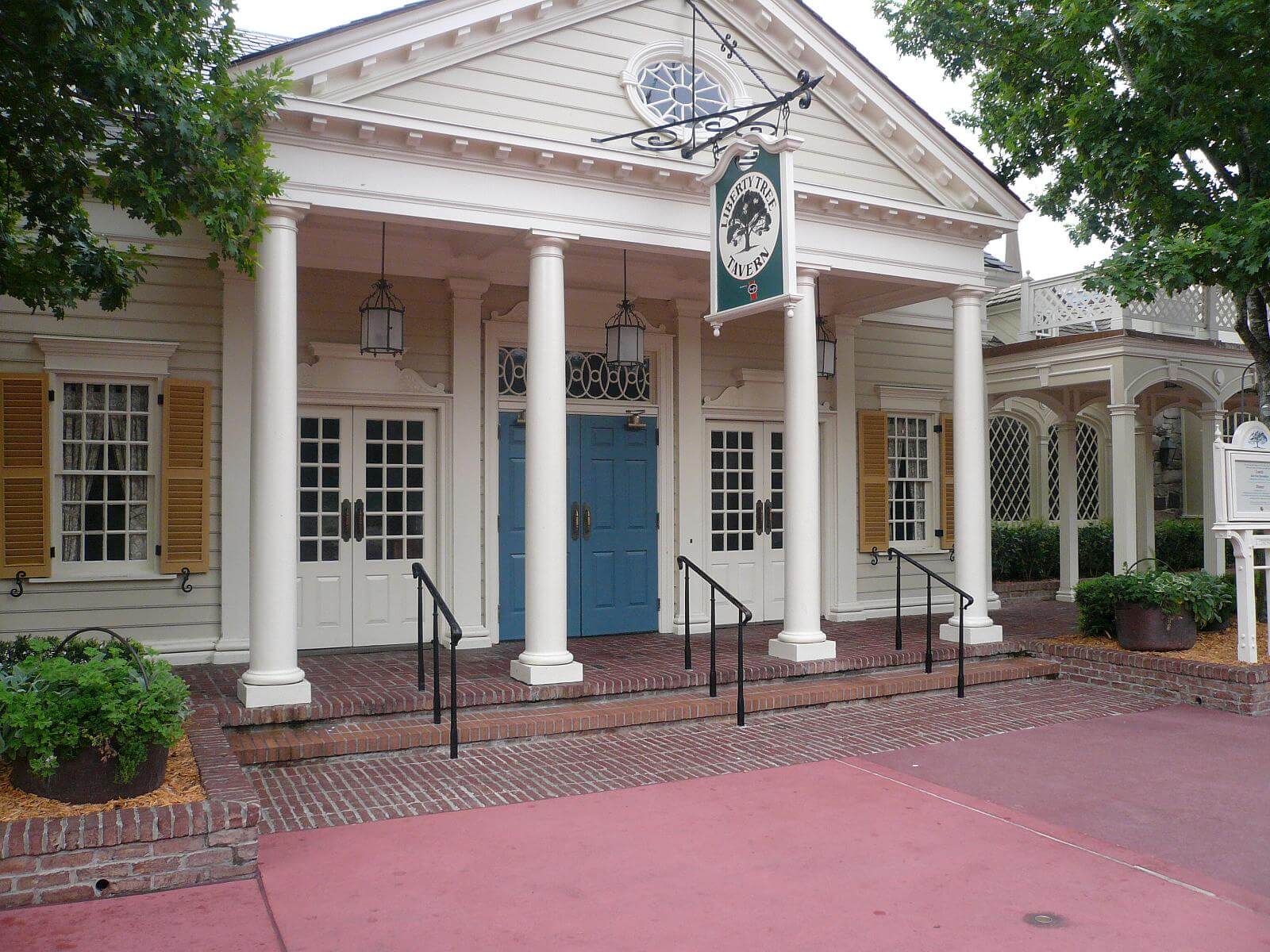 Circa 2008 Image from wikimedia

The Liberty Tree Tavern opened with Magic Kingdom on October 1, 1971 as one of the few sit-down restaurants. The themed restaurant was inspired by the American colonies during the 18th century. There are fireplaces in each of the six rooms to spread out and relax with a good meal after taking on the park. Each room is themed and named after famous American historical figures.The cast members wore Revolutionary-era clothing and even a few would serenade you with some songs while enjoying your meal. I vaguely remember eating here as a child in the 80s, so this meal should be fun.

For a quick American history class, the name of the restaurant is based on a forgotten American Revolution symbol of revolt. The Liberty Tree stood outside a distillery in Boston where the Sons of Liberty would meet and air their grievances over the British Stamp Act. The tree became a place for protests and effigies were hung on the branches. When the Stamp Act was repealed, people returned to the tree and hung lanterns in celebration. The tree became a symbol for the revolution and freedom of speech and the message spread to other cities who created their own Liberty Trees. In 1775, British troops cut the almost 130 year old tree down.

“The Colonists Under Liberty Tree,” illustration from Cassell’s Illustrated History of England. 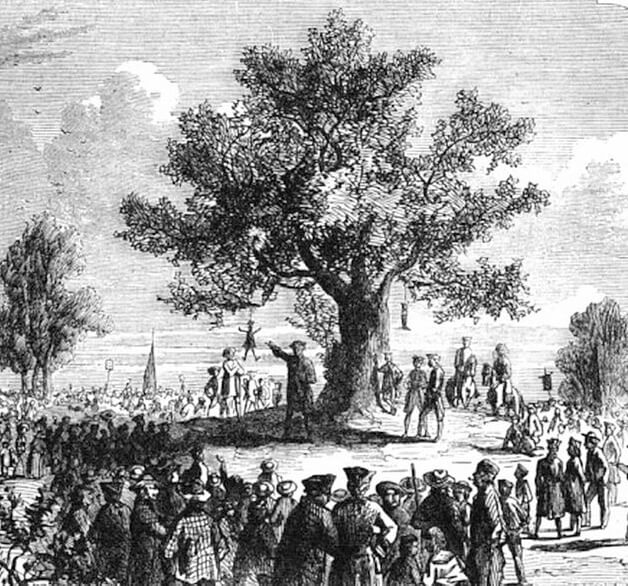 The Liberty Tree in Magic Kingdom weighed 64,000 pounds when it was moved from 10 miles away. The 13 lanterns hanging on the branches represent the original 13 colonies. 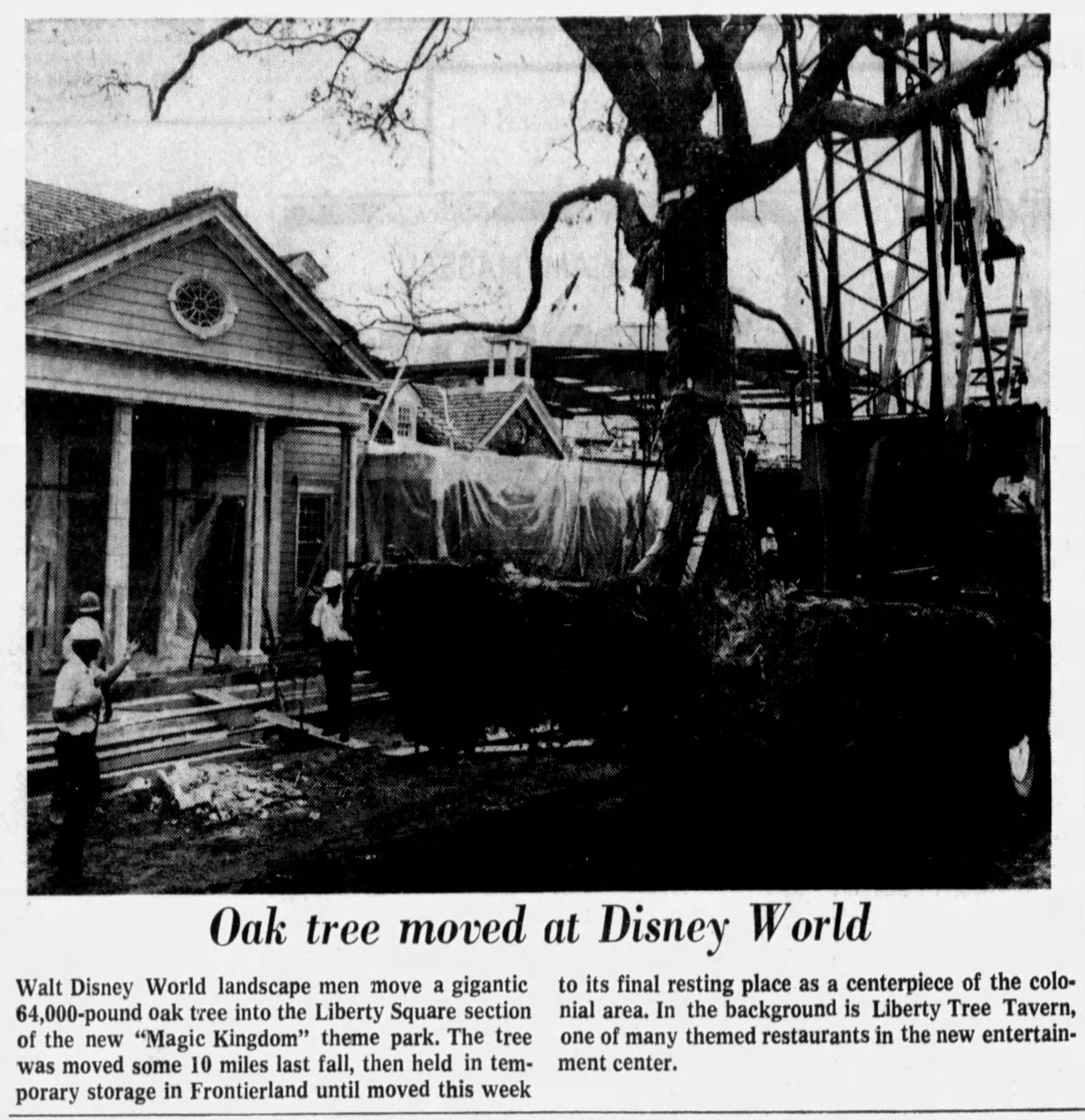 The menu has changed over the years and is now served family-style with prix fixe pricing for “All-You-Care-to Enjoy.” The Beef Lexington was on the menu for a short time until the Pot Roast took over. The recipe I used today was again from the 1986 cookbook, Cooking with Mickey Around the World. One fun thing about trying old recipes is finding the ingredients. Madeira and Burgundy wines make up the flavor of the sauce. While I have heard of Burgundy, I had never heard of Madeira which is from Portugal. It can be served as an aperitif or dessert wine, but is commonly used for sauces. 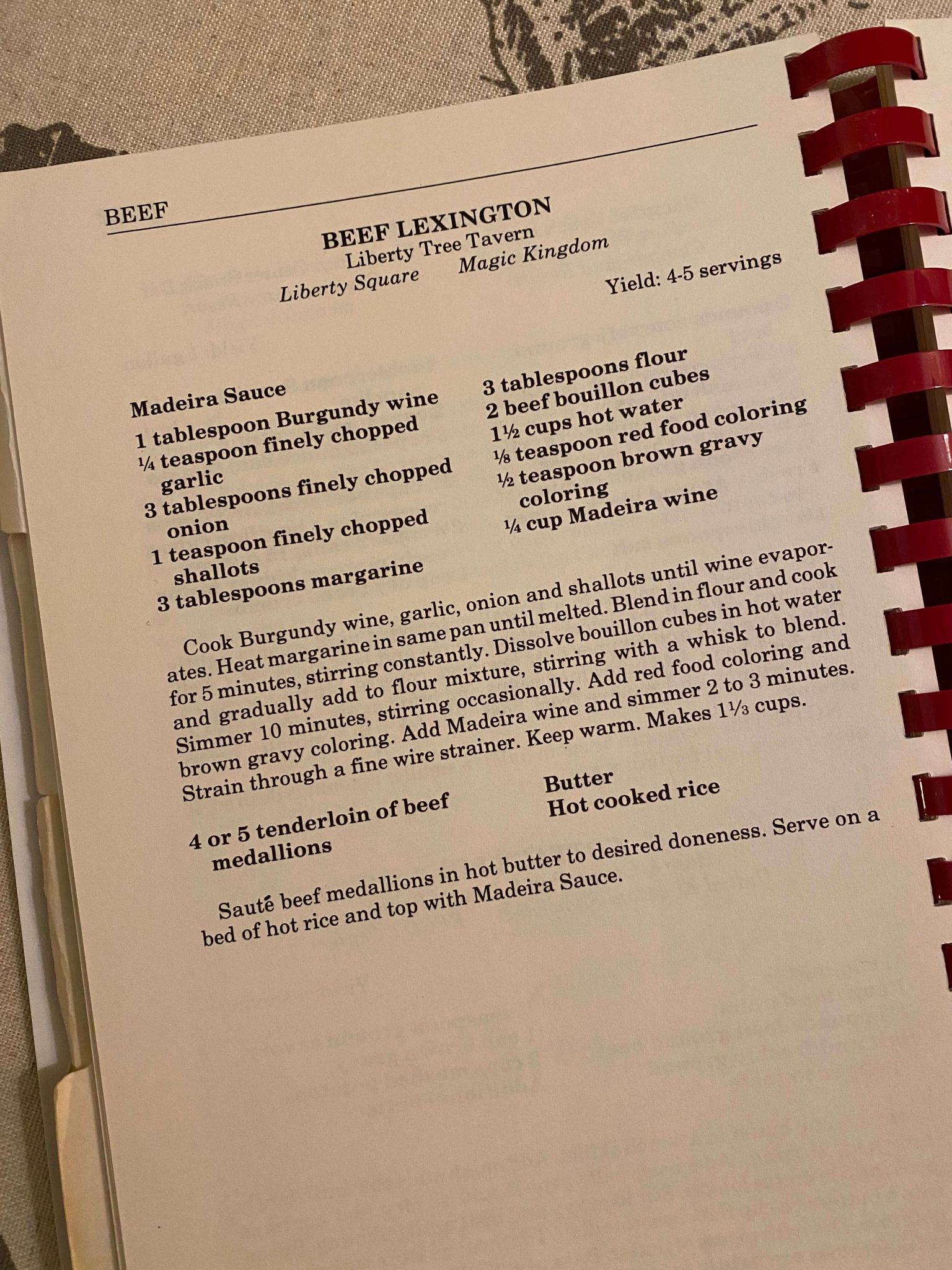 For the Madeira Sauce you have to make a roux with the onions, garlic, Burgundy wine, and flour. Then slowly add in the bouillon water and bring up to a simmer. As it simmered, I seared the filets in the butter with a little salt and pepper, then put them in the oven at 400 degrees to finish them to my desired doneness (which is an even pink for me). Time always varies for this depending on ovens and thickness. 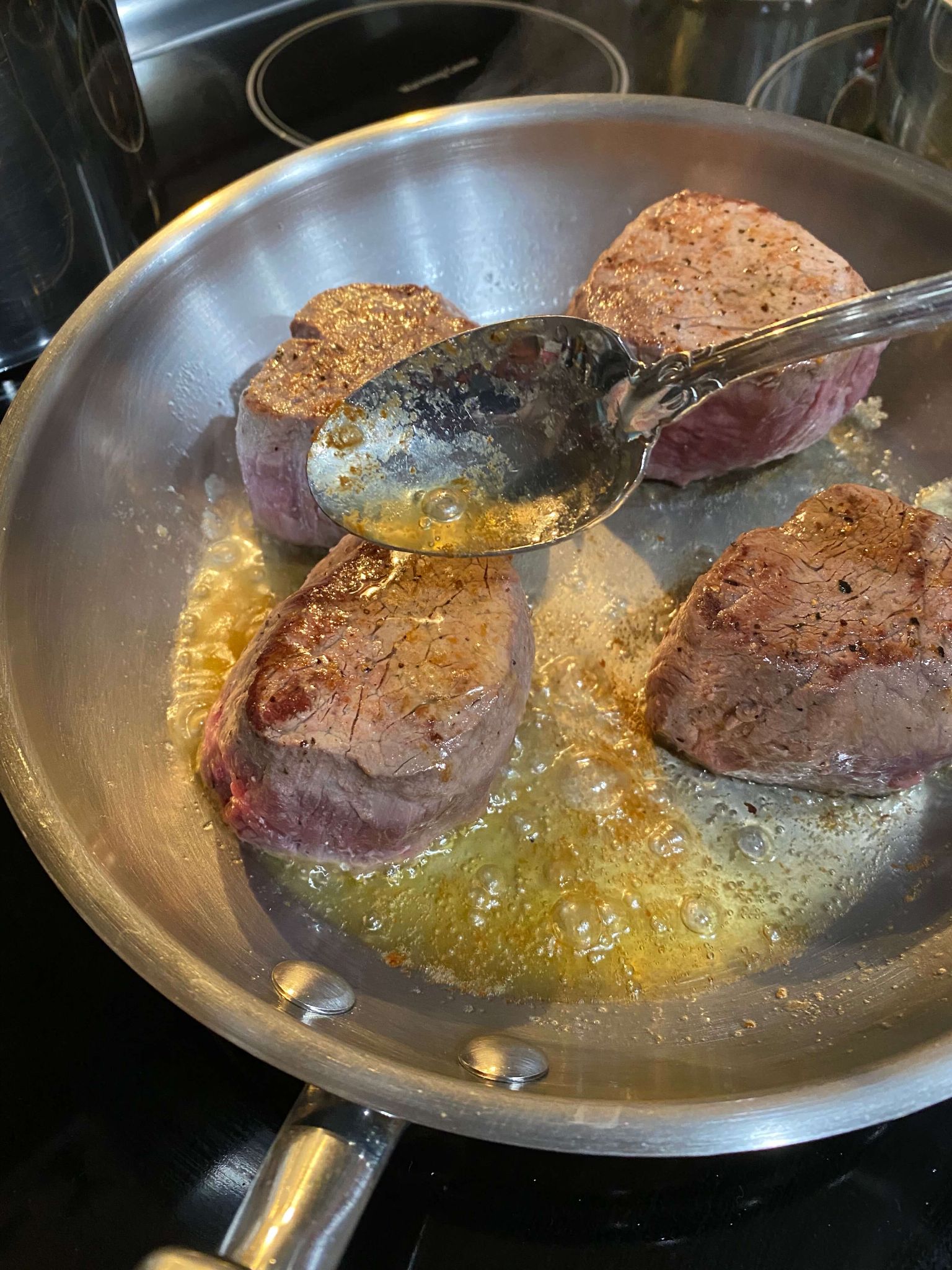 I’ve always had issues making sauce, it’s one of the harder elements of cooking for me for some reason. This ratio worked out great and after about 10 minutes the Madeira was added to make the texture perfect. One thing I did not do was add red food coloring or strain the sauce. The food coloring is one thing I don’t think is needed just to make it look better. And I also like a little more texture in my sauce and thought leaving the onions and garlic would be nice. 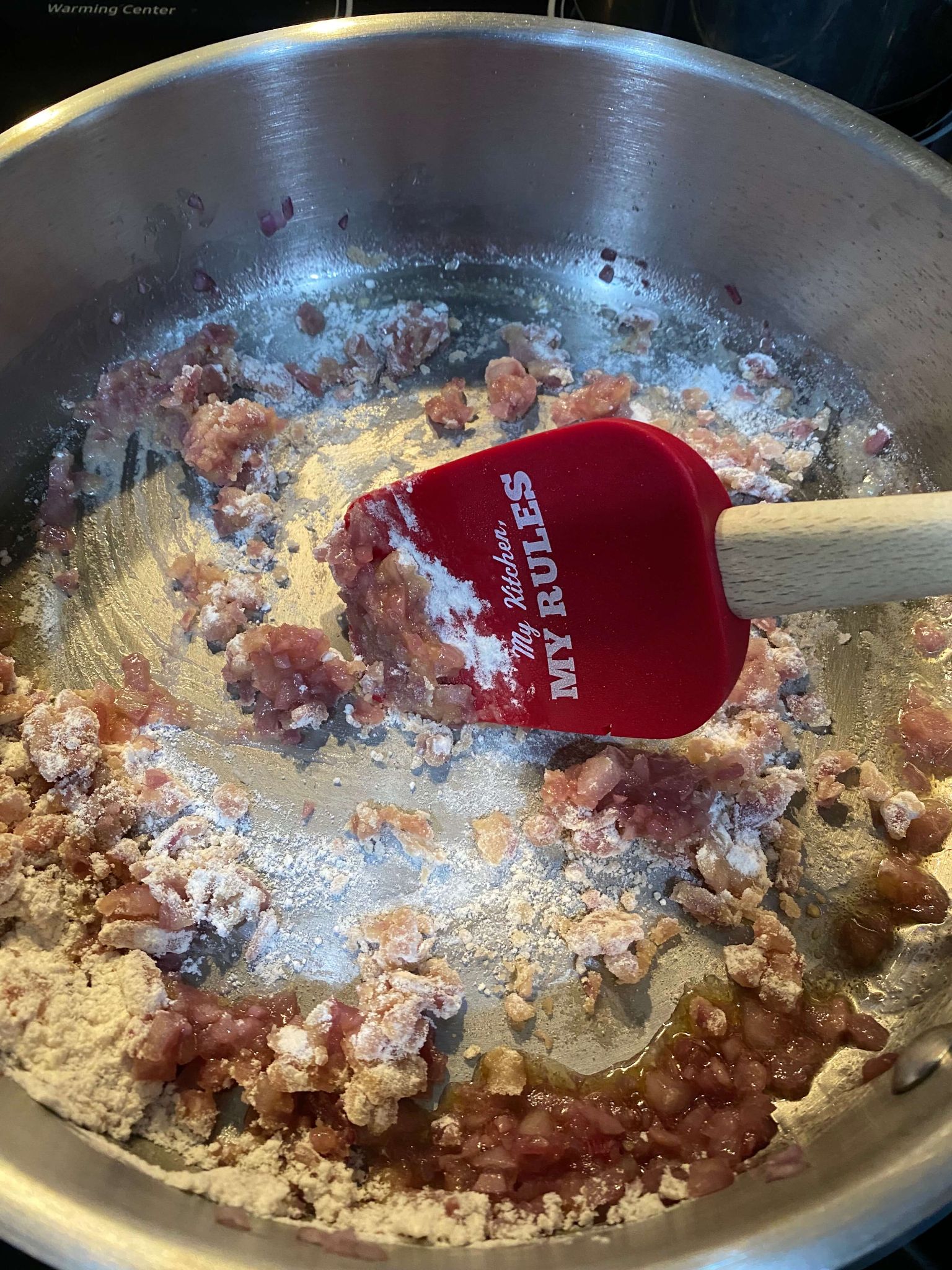 For plating I steamed up some Minute Rice, because I love the ease of it, and some french green beans. Since I have never had this I was expecting pot roast flavors but it had many layers of flavors that tasted great with the filet mignon we got. This is another keeper for me. And now I want to go to the Liberty Tree Tavern again! 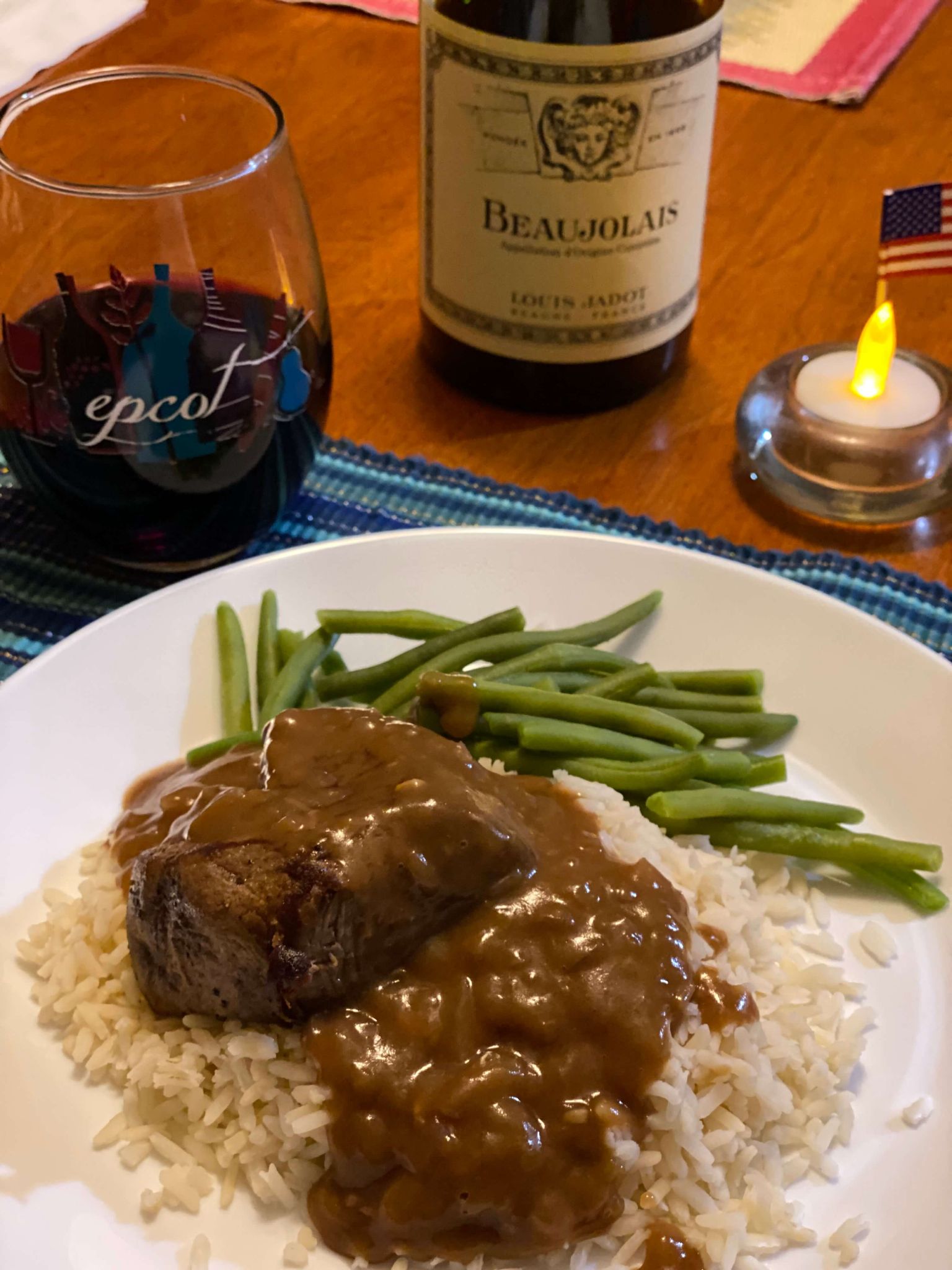 Have you had this meal there, or what is your favorite dish there now?

October is the big celebration month for Walt Disney World, so let’s celebrate with a cocktail!

Here are a few to choose from: